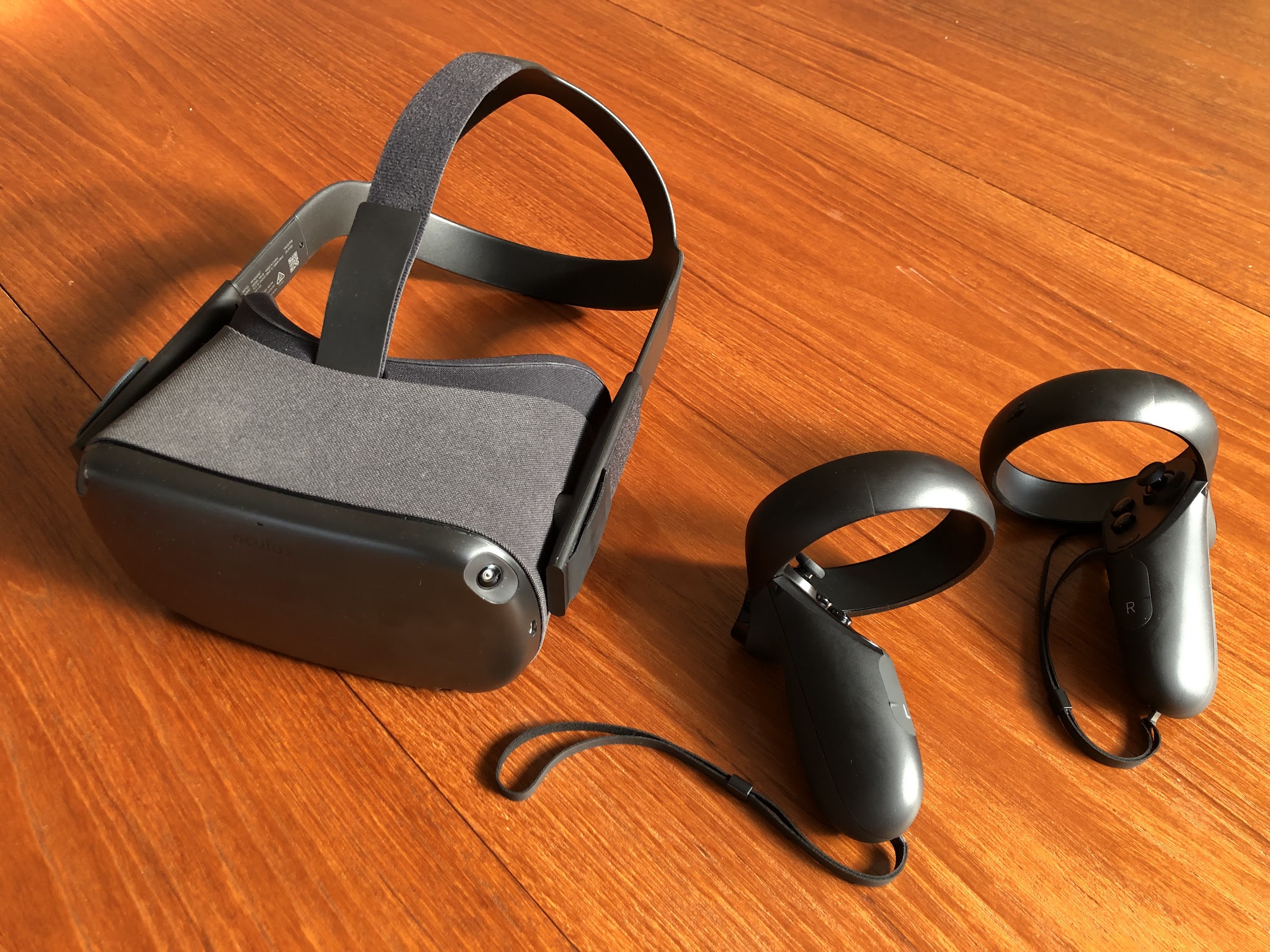 I bought the new Oculus Quest and just got it 5 days ago and I can already now say that I like it, it is an amazing experience and feels like what we have been dreaming about in the past. You literally take the headset on your head, it has a smart pull mechanism so it can tighten once you let go, the headset will automatically detect you putting it on and turns on the screen. No buttons to press, nothing to turn on, you are in VR in a matter of seconds!

Compared to the previous year Oculus Go, you have now two controllers which have 4 buttons and a joystick giving you a lot of possibility for movement inside VR and for advanced control. You can actually grab stuff and it will come naturally to you!

The headset has two cameras which are used for head tracking which means that your head movement is tracked without any external sensors, but it still feels so good that you don't notice. It is also used to give you a view of your surroundings when it is in a new place that has not been configured.

The Oculus Quest has Roomscale which means you can define an area in which you can freely walk inside VR. In the headset, it appears as a grid in front of you if you get close and you define it by seeing through the cameras and drawing with a controller on the floor where the perimeter is. It can be up to 7 times 7 meters which are larger than most peoples living rooms, so big enough!

The resolution has even gone up this year from last year already record-breaking Oculus Go. The Go has 2560x1400 across, which gives 1280x1400 per eye. The new Quest has a resolution of 1440 x 1600 per eye, which gives 28% more pixels, you can comfortably read text and in games not even notice it! The graphics chip inside the headset is a Snapdragon 835 which is 2 gen. older than the newest Samsung 10 uses, that gives you an incredible price as the headset cost half of what a premium smartphone costs! It is much better than last years Oculus Go and it is a testament to how powerful our current smartphones is we have in our pockets.

The games have prices that could be seen as expensive if you compare it to iOS and Android apps, but since this is a new platform and there exist way fewer headsets than smartphones the prices are necessary for the game studios to exist! Most games are between $10 and $20 and Oculus has the policy that you can try it for 2 hours and get your money back if you were not satisfied, which is a super great customer service!

It charges by USB-C and compared to last years Oculus Go micro USB and welcoming improvement, there is even a 3-meter long USB-C cable so that you can charge it while wearing it!

Should you buy it?

This is the best VR headset that will cater to most people in how easy it is with it being wireless and very user-friendly while proving a great experience! If you ever thought about buying a VR headset or thought it looked fun, you will not be disappointed, it is like playing Wii but if you were inside the game and not looking at your small flatscreen. The experiences are amazing and imagine reliving some of the best movie experiences? All movies are in 3D so what is to stop them from making a VR app of Star Wars or Harry Potter? Oh, there is already a Star Wars VR game where you can have a lightsaber ;)

Go buy it, and add me as a friend so we can play in VR together 😄

P.S: You can watch me here play a zombie shooter game